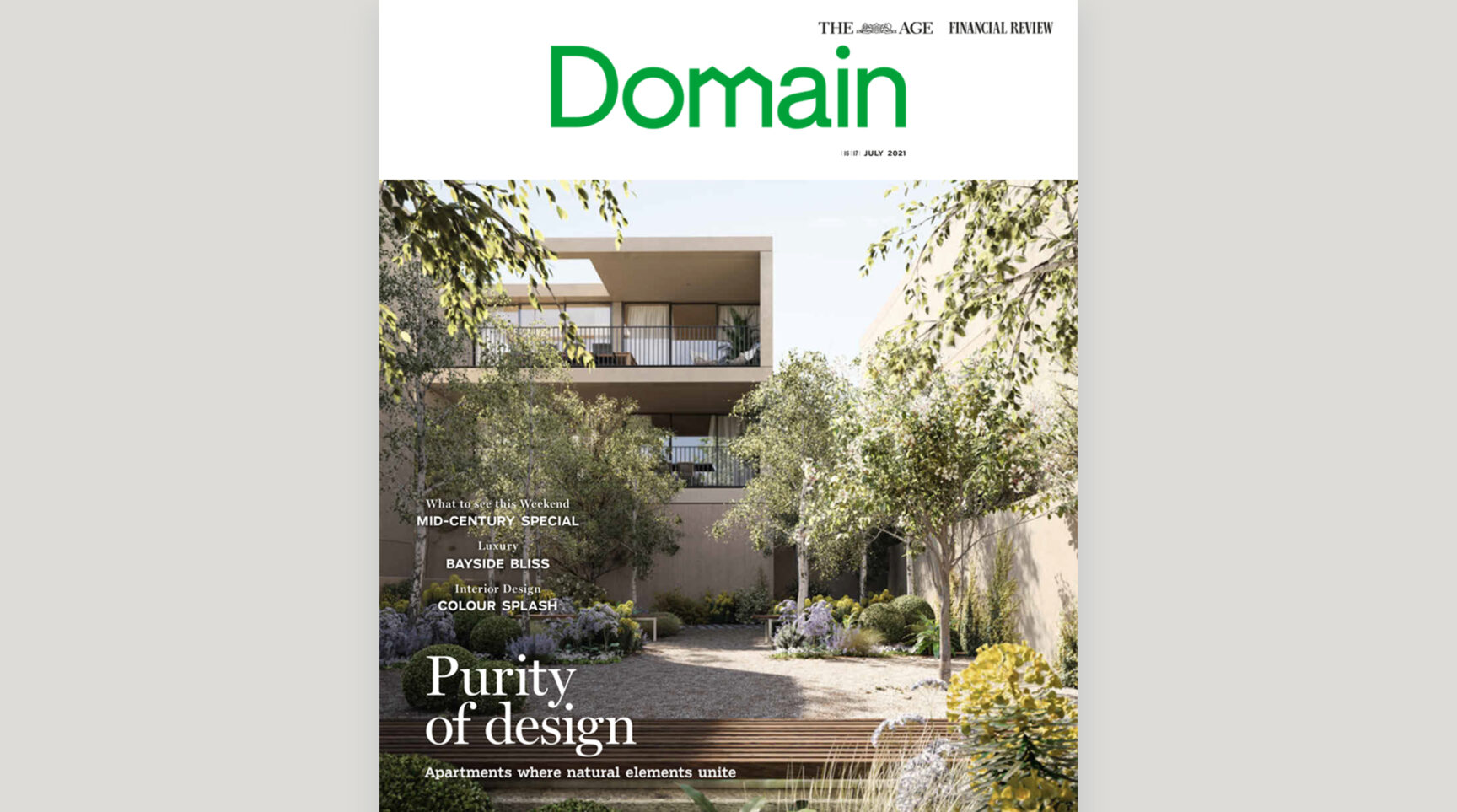 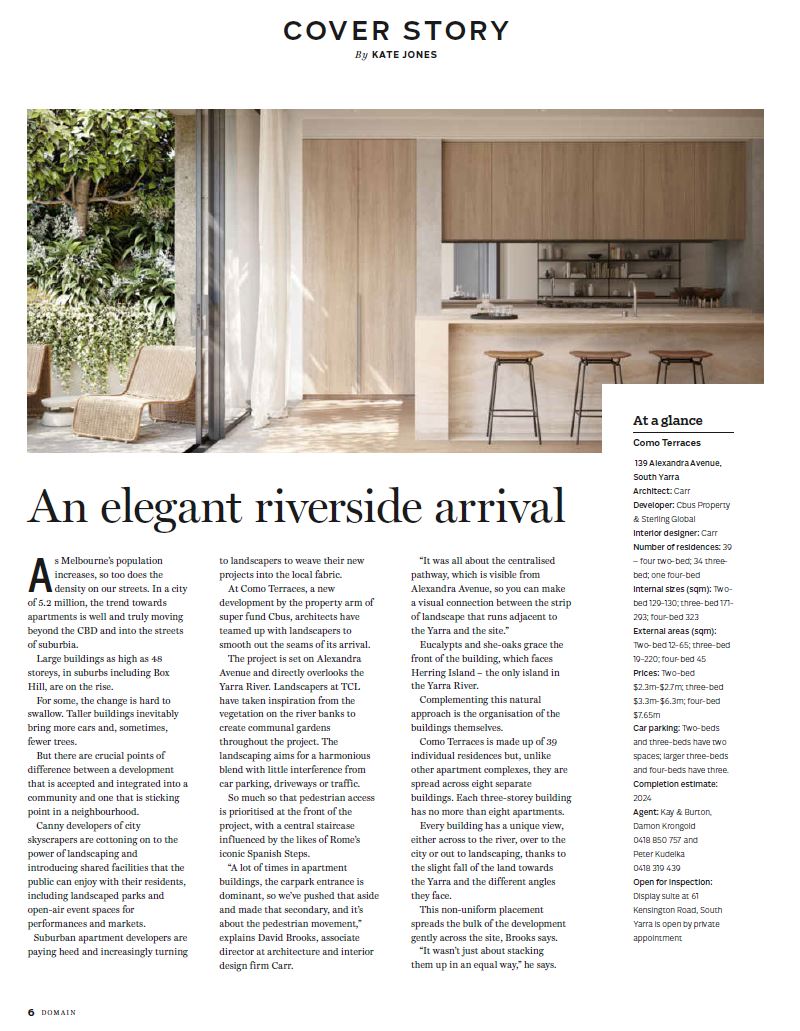 As Melbourne’s population increases, so too does the density on our streets. In a city

of 5.2 million, the trend towards apartments is well and truly moving beyond the CBD and into the streets of suburbia.

Large buildings as high as 48 storeys, in suburbs including Box Hill, are on the rise.

For some, the change is hard to swallow. Taller buildings inevitably bring more cars and, sometimes, fewer trees.

But there are crucial points of difference between a development that is accepted and integrated into a community and one that is sticking point in a neighbourhood.

Canny developers of city skyscrapers are cottoning on to the power of landscaping and introducing shared facilities that the public can enjoy with their residents, including landscaped parks and open-air event spaces for performances and markets.

Suburban apartment developers are paying heed and increasingly turning to landscapers to weave their new projects into the local fabric.

At Como Terraces, a new development by the property arm of super fund Cbus, architects have teamed up with landscapers to smooth out the seams of its arrival.

The project is set on Alexandra Avenue and directly overlooks the Yarra River. Landscapers at TCL have taken inspiration from the vegetation on the river banks to create communal gardens throughout the project. The landscaping aims for a harmonious blend with little interference from car parking, driveways or traffic.

So much so that pedestrian access is prioritised at the front of the project, with a central staircase

influenced by the likes of Rome’s iconic Spanish Steps.

“A lot of times in apartment buildings, the carpark entrance is dominant, so we’ve pushed that aside and made that secondary, and it’s about the pedestrian movement,” explains David Brooks, associate director at architecture and interior design firm Carr.

“It was all about the centralised pathway, which is visible from Alexandra Avenue, so you can make a visual connection between the strip of landscape that runs  adjacent  to the Yarra and the site.”

Eucalypts and she-oaks grace the front of the building, which faces Herring Island – the only island in the Yarra River.

Complementing this natural approach is the organisation of the buildings themselves.

Como Terraces is made up of 39 individual residences but, unlike other apartment complexes, they are spread across eight separate buildings. Each three-storey building has no more than eight apartments.

Every building has a unique view, either across to the river, over to the city or out to landscaping, thanks to the slight fall of the land towards the Yarra and the different angles they face.

This non-uniform placement spreads the bulk of the development gently across the site, Brooks says.

“It wasn’t just about stacking them up in an equal way,” he says.

“As you move up the site, one of them turns to the left or to the right to get view aspects through the buildings in front to the distance and to the landscaped areas on the site itself

“I think it’s a really unique typology because typically the buildings are all bunched together.”

In addition to streetscape benefits, there are benefits to come from an unevenly distributed, low-rise apartment arrangement.

Firstly, there’s the cross-ventilation each building can have when it’s not sandwiched against others. Secondly, there’s more opportunity for multiple view aspects and, thirdly, each apartment building has fewer lift users – an important must-have for downsizers who want to feel like their new home is indeed their own.

With their earthy tones and raw textures, the exterior materials, such as rammed earth and bush- hammered concrete, take their cue from the natural surrounds. The interior design takes much the same approach with travertine stone tops

on the kitchen island and the main en suite vanity, as well as applied sandblasted concrete finishes.

But the real highlight of the interiors is the layout of each apartment, which Brooks says revolved around the views.

“We’ve made sure the light is correct and the aspect is correct from all of the internal spaces, and proportionate to each other, so you don’t get a huge master suite and small living spaces,” he says.

Each residence can be upgraded to include a range of extras such as separate laundry spaces, integrated fireplaces, baths, built-in bars and libraries or home offices.

For many potential buyers, the central location will be the main appeal, Adrian Pozzo, chief executive of Cbus Property, says.

The CBD is just four kilometres away and a riverside walking and cycling path is across the road.