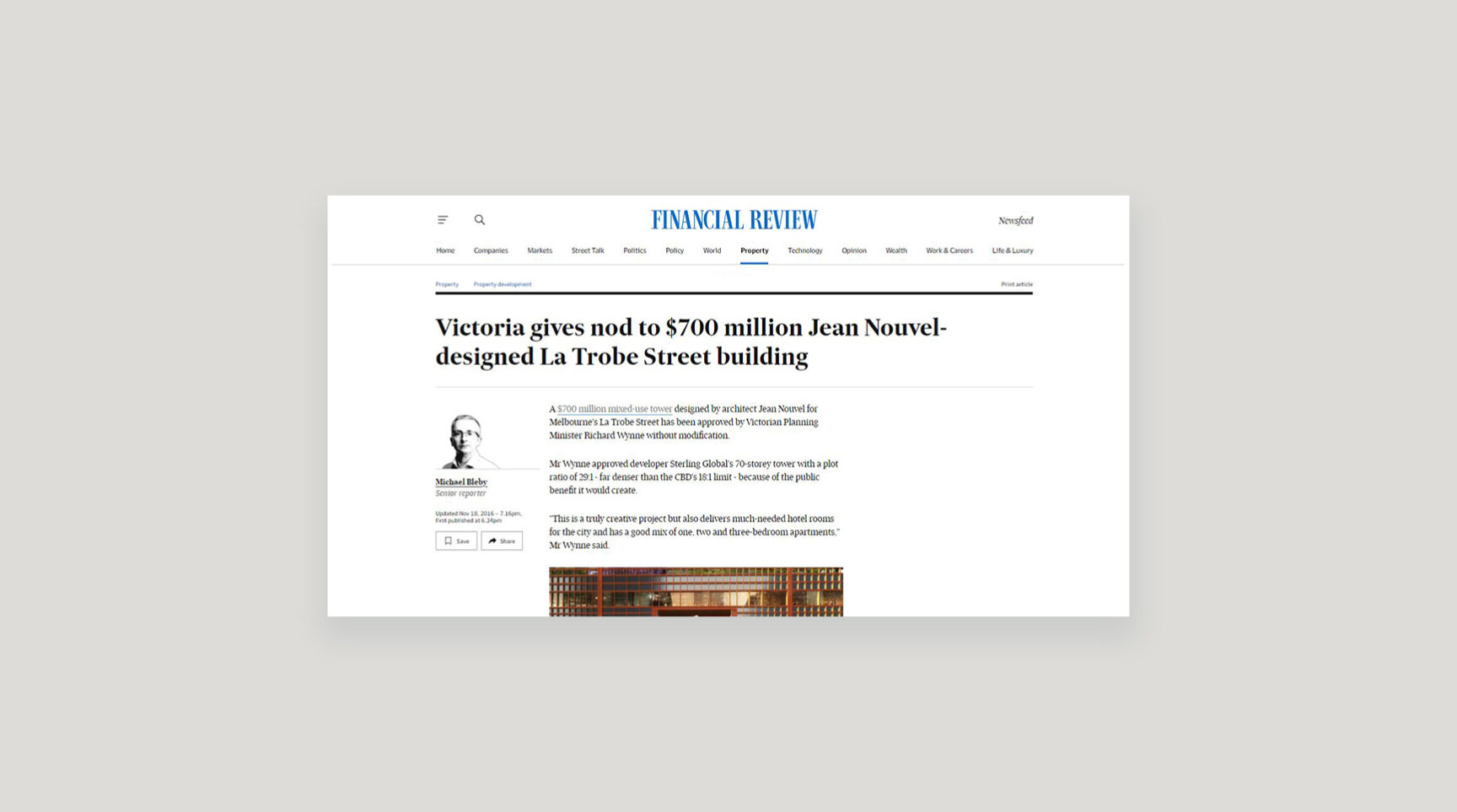 Mr Wynne approved developer Sterling Global’s 70-storey tower with a plot ratio of 29:1 – far denser than the CBD’s 18:1 limit – because of the public benefit it would create.

“This is a truly creative project but also delivers much-needed hotel rooms for the city and has a good mix of one, two and three-bedroom apartments,” Mr Wynne said.

“This approval shows how our CBD controls deliver a better outcome for the city – it is not about limiting size, it is about encouraging quality.”

Sterling Global development director Brandon Yeoh on Friday said he was pleased with the approval. Marketing of 488 one, two and three-bedroom apartments – which will be in addition to a 196-room hotel – will depend on when the tenant in the current building at 383 La Trobe Street, the Australian Federal Police, moved out. The current lease expires mid-2017, but there was likely to be an extension, Mr Yeoh said.

An arcade, accessible from La Trobe Street, will feature art installations in the form of digital screens on the walls and ceiling. The arcade will lead to a new laneway connecting to Queen Street which will have a public book exchange, retail and restaurant space.

“Every site, every owner has the right to a real exploration of their site,” Mr Nouvel told AFR Magazine last month. “Every building needs to be adapted to a situation – the missing piece of a puzzle. After all, what’s important is not to turn the architect into a star. It’s the building that is the star.”