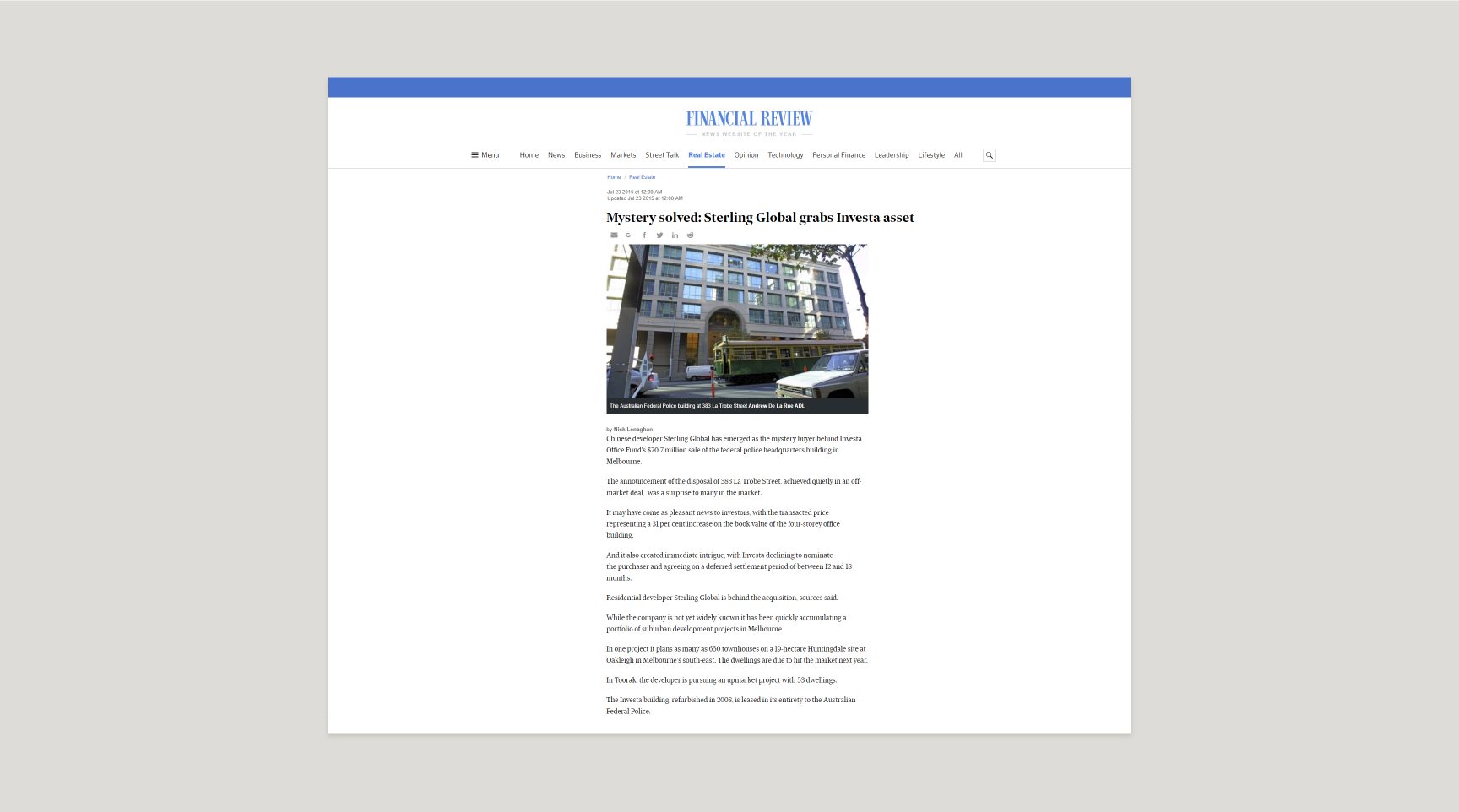 The announcement of the disposal of 383 La Trobe Street, achieved quietly in an off-market deal, was a surprise to many in the market.

It may have come as pleasant news to investors, with the transacted price representing a 31 per cent increase on the book value of the four-storey office building.

And it also created immediate intrigue, with Investa declining to nominate the purchaser and agreeing on a deferred settlement period of between 12 and 18 months.

Residential developer Sterling Global is behind the acquisition, sources said.

While the company is not yet widely known it has been quickly accumulating a portfolio of suburban development projects in Melbourne.

In one project it plans as many as 650 townhouses on a 19-hectare Huntingdale site at Oakleigh in Melbourne’s south-east. The dwellings are due to hit the market next year.

In Toorak, the developer is pursuing an upmarket project with 53 dwellings.

The Investa building, refurbished in 2008, is leased in its entirety to the Australian Federal Police.

But that tenancy ends in two years’ time, with no option to extend currently in place, and the federal police force itself has had a space requirement in the market for some time.

While that situation made the building less appealing for an investor, the property’s generous 2845-square metre land parcel presents a prime opportunity for development.

The building stands in the northern part of the central city, where a residential and hotel accommodation precinct is fast taking shape around the Queen Victoria Market.

The new owner of the La Trobe Street office building could potentially convert it directly into accommodation or opt for a complete demolition and rebuild.